75th VE DAY – STILL A DAY FOR CELEBRATION AND CONTEMPLATION

75th VE DAY – STILL A DAY FOR CELEBRATION AND CONTEMPLATION

There are still many ways we can commemorate the day that marked the end of war in Europe. 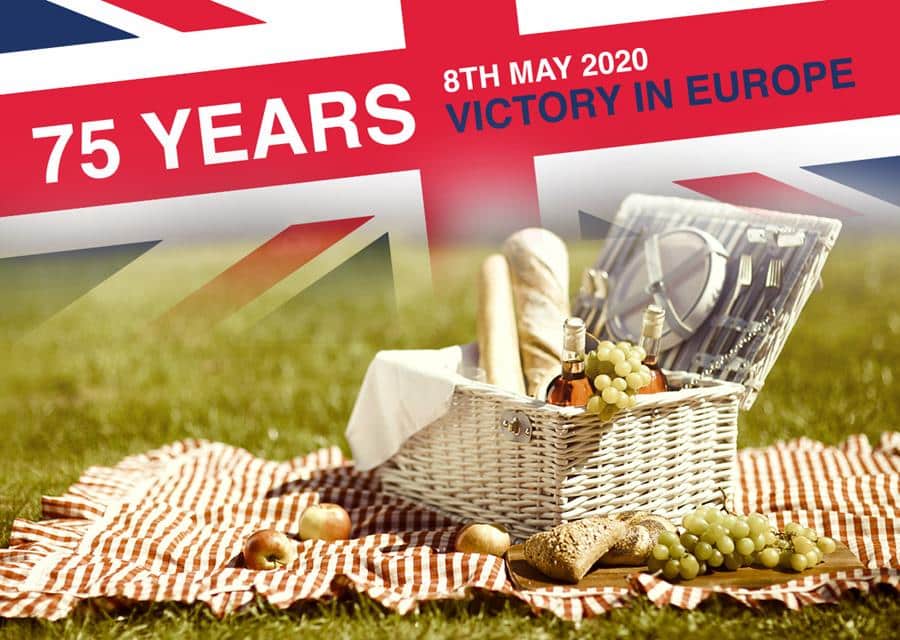 It’s a great shame that the 75th VE Day celebrations have been abandoned. However, there are still many ways we can remember the day that marked the end of war in Europe.

On that fateful and long awaited day, 8th May 1945, crowds gathered on the streets of London for the announcement of peace, following six terrible years of the war in Europe.

Prime minister Winston Churchill announced: “Hostilities will end officially at one minute after midnight tonight, Tuesday the eighth of May. We may allow ourselves a brief period of rejoicing.”

This year, the traditional early May Bank Holiday was moved from Monday 4 May to Friday 8 May to honour the men and women who gave so much in WW2.

Despite the coronavirus pandemic, there are ways to mark this anniversary, which do not involve crowds or street parties.

At 11am, a national two-minute silence will be held to reflect on the sacrifice of those who fought in the war.

At 3pm, Britons are invited to stand on doorsteps to raise a glass and clap during The Nation’s Toast to the Heroes of World War Two.

People have also been encouraged to mark the occasion in a picnic in their front gardens, complete with bunting and flags.

A speech by the Queen will go out at 9pm, the moment her father, King George VI, addressed his subjects on May 8 1945.

Complete your details below to activate the download link.

Complete your details below and we will be in touch to confirm your appointment.

We use cookies on your computer to optimise your experience on our website. If you continue to use our website, we’ll assume you are happy with this. You can change your cookie settings at any time. Learn More